Some years ago I wrote a short life of the waxworker par excellence, Madame Marie Tussaud, for children. Mme Tussaud lived through, and profited from, the French Revolution, having previously, she claimed, served members of the French Royal Family at Versailles. She became a leading promoter of spectacle and entertainment in the French capital, then emigrated to London where she established her famous wax museum. As well as being a successful female entrepreneur, a businesswoman before such a concept really existed, Tussaud was a pioneer of what we might call in modern parlance the ‘commodification of celebrity’.

Now, at long last, this complex and elusive character – or characters, given her capacity for embellishment and reinvention – has been celebrated, and some at least of the complexities and contradictions in her story unravelled, in a full-length documentary treatment by French director Nina Barbier.

The TV film, in French, is here: 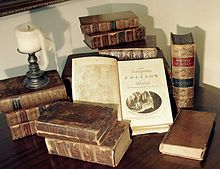 As a collector of slang and commentator on popular culture I had long been fascinated by my predecessor, the 18th century ‘alternative Dr Johnson’, Captain Francis Grose. In searching out the language of the underworld and demi-monde for his own dictionary, the hugely corpulent, hard-drinking Grose abandoned the dusty archives where Johnson (and all his modern successors) toiled, to go down into the gutters, taverns and bawdy-houses of London in a quest for the authentic voices of the users of what he called ‘the vulgar tongue.’

As an ageing babyboomer, would-be flâneur and one-time follower of fashion, (and, like the Captain, dilettante and enthusiast) I was acutely conscious that time was getting short. Morosely celebrating a significant birthday this year I realised with a shock that I had reached the age at which the Captain’s adventures were terminated –by ‘a sudden apopleptic fit’, in mid-carousal, in an inn in Dublin.

I decided five or six years ago it was time to realise my project of a life of Grose, a hommage, a profile, but not in the form of a classic biography. I would follow him into the bars and clubs, the backstreets, precincts and sink estates of 21st-century England, seeking out the low-lifers of today and recording the richly evocative, scabrous and exotic codes in which they communicate. I knew already that there were strange echoes of Grose’s times still present in the secret argot – some of it Elizabethan, some influenced by Romany and Irish – used by prisoners, travellers and gang members in modern times. I knew, too that the multilingual free-for-all of Hogarth’s London has mutated into an even richer mix where Black and Asian cadences combine with native Cockney to produce excitingly novel vocabularies, accents, perhaps even new dialects.

Any treatment of Grose, his work and his world would have to take in the other pioneering slang enthusiasts who together compiled the ‘rogue literature’ of England, from the 16th century wastrel, Harman, through the succession of renegade magistrates, con-men, gamesters and grub-street hacks who followed in the same tradition of chronicling society’s underside and its language.

Though it’s not to be in any sense an autobiography, I would have to put into my book my own memories and experiences; anecdotes gathered during the years in which I tried on a series of identities – gang-member, dandy, provocateur, punk, yuppie, and dabbled in a variety of secret languages – polari, rhyming slang, ‘lifestyle’ and business jargon…

You can find some Grosean fragments that I have gathered here (look under Slang Articles, Francis Grose):

Sadly the projected biography has yet to come to fruition – other things have intervened and publishers are now, more than then, reluctant to pay for an author’s research-time. I would be happy to see another writer take up the challenge and would be happy to assist them…otherwise I’ll wait on a Lottery win or an eager PhD student.

Back in 2011 the publication of a short Grose glossary prompted a conversation with Roland White of the Sunday Times. This is his article…

The Bloomsbury Dictionary of Contemporary Slang, 4th edition, by Tony Thorne, is published by Bloomsbury,  £16.99

The monumental Green’s Dictionary of Slang, in three volumes, by Jonathon Green, has , thanks to Jonathon’s generosity now been made available for free online: https://greensdictofslang.com/
Here is the entry for Francis Grose from “The General Biographical Dictionary” by Alexander Chalmers, F.S.A., 1814, Vol 16

GROSE, Francis, an eminent English antiquary, was the son of Mr. Francis Grose, of Richmond, jeweller, who died in 1769. He was born in 1731, and having a taste for heraldry and antiquities, his father procured him a place in the college of arms, which, however, he resigned in 1763. By his father he was left an independent fortune, which he was not of a disposition to add to or even to preserve. He early entered into the Surrey militia, of which he became adjutant and paymaster; but so much had dissipation taken possession of him, that in a situation which above all others required attention, he was so careless as to have for some time (as he used pleasantly to tell) only two books of accounts, viz. his right and left pockets. In the one he received, and from the other paid; and this too with a want of circumspection which may be readily supposed from such a mode of book-keeping. His losses on this occasion roused his latent talents: with a good classical education he united a fine taste for drawing, which he now began to cultivate; and encouraged by his friends, he undertook the work from which he derived both profit and reputation: his Views of Antiquities in England and Wales, which he first began to publish in numbers in 1773, and finished in 1776. The next year he added two more volumes to his English views, in which he included the islands of Guernsey and Jersey, which were completed in 1787. This work, which was executed with accuracy and elegance, soon became a favourite with the public at large, as well as with professed antiquaries, from the neatness of the embellishments, and the succinct manner in which he conveyed his information, and therefore answered his most sanguine expectations; and, from the time he began it to the end of his life, he continued without intermission to publish various works, generally to th advantage of his literary reputation, and almost always to the benefit of his finances. His wit and good-humour were the abundant source of satisfaction to himself and entertainment to his friends. He visited almost every part of the kingdom, and was a welcome guest wherever he went. In the summer of 1789 he set out on a tour in Scotland; the result of which he began to communicate to the public in 1790, in numbers. Before he had concluded this work, he proceeded to Ireland, intending to furnish that kingdom with views and descriptions of her antiquities, in the same manner he had executed those of Great Britain; but soon after his arrival in Dublin, being at the house of Mr. Hone there, he suddenly was seized at table with an apoplectic fit, on the 6th May 1791, and died immediately. He was interred in Dublin.

“His literary history,” says a friend, “respectable as it is, was exceeded by his good-humour, conviviality, and friendship. Living much abroad, and in the best company at home, he had the easiest habits of adapting himself to all tempers; and, being a man of general knowledge, perpetually drew out some conversation that was either useful to himself, or agreeable to the party. He could observe upon most things with precision and judgement; but his natural tendency was to humour, in which he excelled both by the selection of anecdotes and his manner of telling them: it may be said too, that his figure rather assisted him, which was in fact the very title-page to a joke. He had neither the pride nor malignity of authorship: he felt the independency of his own talents, and was satisfied with them, without degrading others. His friendships were of the same cast; constant and sincere, overlooking some faults, and seeking out greater virtues.”

Grose, to a stranger, says Mr. Noble, might have been supposed not a surname, but one selected as significant of his figure: which was more of the form of Sancho Pança than Falstaff; but he partook of the properties of both. He was as low, squat, and rotund as the former, and not less a sloven; equalled him to in his love of sleep, and nearly so in his proverbs. In his wit he was a Falstaff. He was the butt for other men to shoot at, but it always rebounded with a double force. He could eat with Sancho, and drink with the knight. In simplicity, probity, and a compassionate heart, he was wholly of the Pança breed; his jocularity could have pleased a prince. In the “St. James’s Evening Post,” the following was proposed as an epitaph for him:

“here lies FRANCIS GROSE.
On Thursday, May 21, 1791
Death put an end to his
Views and prospects.”

Mr. Grose married Catherine, daughter of Mr. Jordan, of Canterbury, by whom he had two sons and five daughters;
1. Francis Grose, of Croydon-Crook in Surrey, esq. a colonel in the army, governor in 1790 of new South Wales;
2. Onslow Grose, esq. captain of the pioneer corps on the Madras establishment, who died very lately in India; and four daughters, one of whom married to Anketel Singleton, esq. lieutenant-governor of Landguard-Fort, in Essex.

*But please don’t try to monetise it. It is Chris Nott’s copyrighted work.