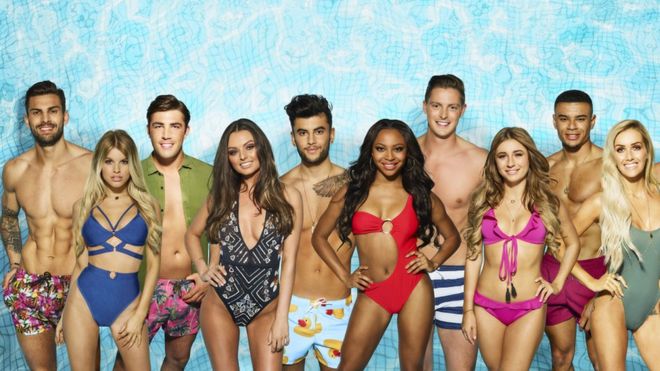 Many TV shows have promoted and propagated catchphrases and slang: ‘Luvly jubbly’ from Only Fools and Horses, ‘Cowabunga’ from the Teenage Mutant Ninja Turtles, for example,  but probably the first reality TV series to lodge words and phrases in the British consciousness was T.O.W.I.E – ‘The Only Way is Essex‘ – source of ‘wel jel’, ‘reem’ and more. Love Island, now in its second series, also features a similar demographic – young adult, not necessarily highly educated, extrovert, fit (in both senses) and narcissistic.

As a linguist studying slang, I’m used to having to listen to and interact with criminals, social deviants and other ‘unsavoury’ characters, but one of the most painful experiences of all for me is the obligation to watch reality television. This is not mere linguistic snobbery – though that is certainly a factor – but, if I am honest, because I would never even in my youth have been selected to take part in these beauty contests cum dating games on account of my physical shortcomings. Nevertheless, I have been dutifully tuning in to Love Island recently and trying to come to terms with examples of what linguists call a ‘restricted code’, that is a limited vocabulary and limited grammatical repertoire of made up of simple structures and colloquialisms. This can reflect the limitations of speakers’ communication skills and literacy-levels, but does of course result from the very restricted environment in which participants are placed and the simple, repetitive actions and interactions they have to perform.

You might say, uncharitably perhaps, that the contestants on Love Island are also infantilised by being coerced into playing out simple and repetitive relationship games for the benefit of a voyeuristic audience. The words and phrases which result, and even the intonation and tone of voice that emerges is a weird mix in which the young ‘stars’ alternate attempts at complex formulations when describing psychological pressures with frivolous slang when flirting or teasing, all delivered in the rushed and breathless accents of toddlers.

Psychologists talk about the act of ‘mirroring’ whereby people imitate subconsciously the speech, gestures, mannerisms of others, either to ‘honour ‘ them (if they are seen as high-status or admirable) or to show solidarity and empathy. There is a neuron in the brain that triggers this mimicry in sharing emotion, reinforcing relationships and bonding. Mirroring is contagious like yawning and, again, inside a closed and comparatively claustrophobic environment, its effects are intensified.

The slang used on Love Island may be part of what linguists call a ‘stigmatised’ variety of language – i.e comprising linguistic features that are disapproved of and usually considered substandard in normal society,  but slang is at the same time what linguists call a ‘prestige variety’ within the in-groups or subcultures where it originates and where it is exchanged, in other words it confers status on the user and excludes the outsiders who aren’t cool enough to understand it and deploy it convincingly. So for the island community slang helps to reinforce identity and for their fans provides an opportunity to identify with them and emulate them.

The Radio Times has supplied a helpful glossary of the words and phrases in question:

Despite all my misgivings I agreed to speak to journalist Ralph Blackburn about the programme. Ralph had been intrigued by the way the contestants increasingly adopted one another’s language mannerisms just as their vocabularies seemed to reduce as the series progressed. His article appeared today in the Daily Mail: 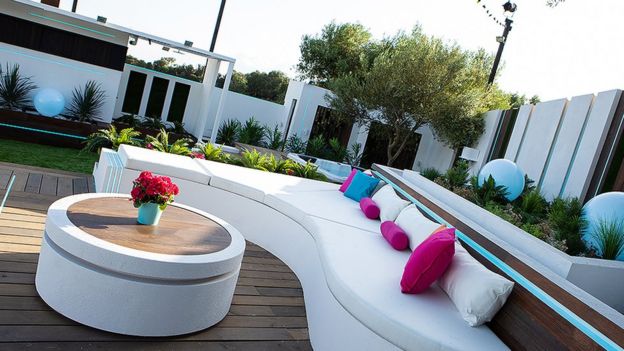 The Sunday Times has also investigated language use on the show, and reactions from some schools to it:

For a different perspective, on Love Island as a media and pop culture phenomenon, here is Charlotte Rogers‘ article in Marketing Week:

Charlotte Rogers: Love Island may be a ratings hit, but it’s a brand risk

In the summer of 2021 Dr Hannah Charnock decoded the language of sex employed in the programme (still popular, but condemned by some as a sleaze-fest) for The Conversation:

And Banseka Kayembe, writing for Bustle, addressed the issue of language appropriation by white islanders: