It’s September 19 again, which means that it’s international TALK LIKE A PIRATE DAY. If you would like to take part in this facetious, frivolous parody of a spoof, here is invaluable assistance in the form of a Pirate glossary and Pirate translations…

Some of the expressions heard in the Pirate era and still in use are easy to understand – (see my earlier account https://tonythorneglobal.wordpress.com/?s=Pirate+talk ) – but in other cases they may need to be explained:

Above board = visible on deck

The devil to pay = a difficult seam to be sealed, on the ship’s outer hull

Chock-a-block = when rigging blocks are tightened to the maximum

Cross the line = ceremonial crossing of the Equator

Fend off = stop the boat hitting the dockside or another vessel

Footloose = the unfastened bottom of a sail blowing in the wind

Hand over fist = gripping as a sailor climbing a mast

In the doldrums = a zone of calm seas in the tropics

At Loggerheads = fighting with a heavy iron ball on a stick, used for caulking

Overreaching = holding the same course for too long

Over a barrel = positioned for flogging

Pooped = swamped by a big wave

Taken aback = with the sails filled dangerously with a reverse wind

Tide over = take on provisions until next sailing 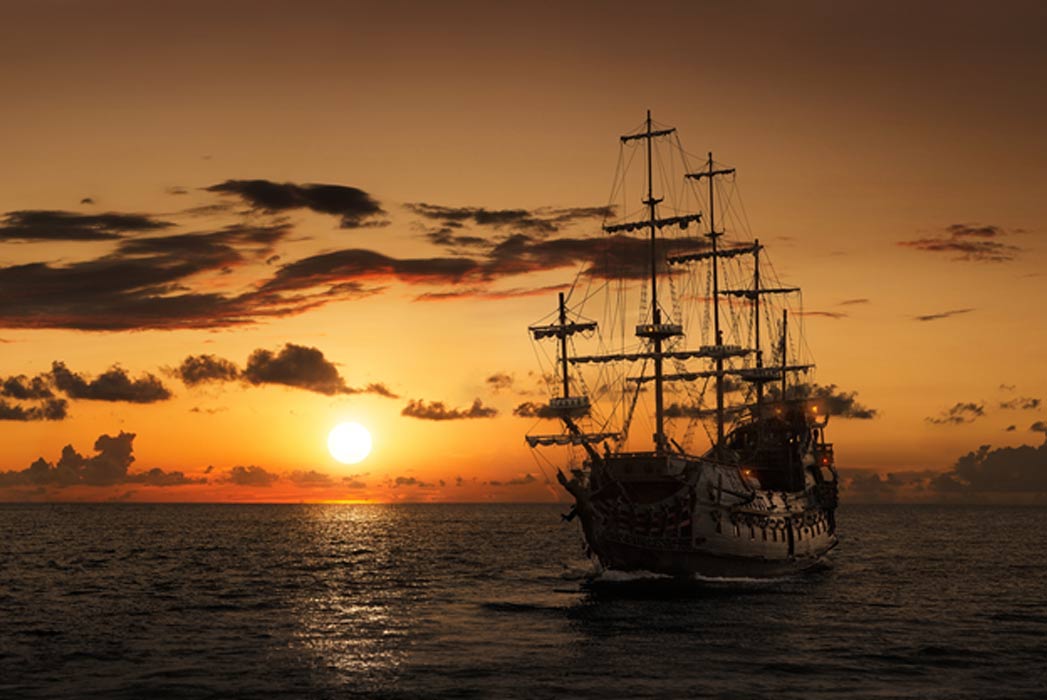 On a much more frivolous note…here are some translations of modern terminology into Pirate-talk:

Selfie = a very likeness, made by my own hand

= risk all for the moment, me hearties

= banner (with a strange device)

Trending = on the lips of all and sundry

= borne on the trade winds

= carried on the tide

= contagious as the pox

= an account of me dastardly deeds, committed to paper in me  own scrawl

= chart of the voyage

Check-in = assemble at the gangplank

= muster on the quayside

Throwback Thursday (TT) = dredgin’ up the past

= memories of me misspent youth  – or MMMY

= take to my bosom

= give to each his part of the booty

= pass on to me shipmates

Retweet = pass on the scuttlebutt

= glimpse of fascinations (out of reach)

The Cloud = the firmament

= the great archipelago (where all ships vanish)

Instagram it = make a picture and convey it (to me)

And one or two others:

Talk to the hook

= the damned squabbling of parakeets

Email = message in a bottle

and just by the by…

(A pirate with no arms and legs, thrown overboard: Cap’n Bob

A pirate lying in the doorway: Cap’n Mat

A pirate hiding in a pile of leaves: Cap’n Russell) 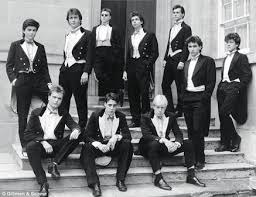 In November 2002 the Sun newspaper reported that footballer’s wife ‘Posh Spice’ Victoria Beckham had launched a legal bid to stop second division football club Peterborough United from registering its nickname Posh as a trademark. The former Spice Girl claimed the word had become synonymous with her. ‘Sun readers, the paper affirmed, ‘back the club, which has used the name for eighty years.’ This little word epitomises both the English obsession with status distinctions and the jokey tone in which such a contentious subject is often addressed.

Fictional characters in the novel Diary of a Nobody, published in 1892 and the musical Lady Madcap, playing in London in 1904, sported the name Posh, and in a 1918 Punch cartoon a young swell is seen explaining that it is ‘slang for swish’. The first use of the word in the Times newspaper was in a crime report from May 1923, headlined ‘The Taxicab Murder’. ‘A walking stick was left at the scene of the crime, which the murderer left behind after shooting the driver, which belonged to his friend Eddie Vivian. He said…that he went out with Eddie’s stick because he wanted to be ‘posh’.’ In 1935 in the same paper the use of the word, which still appeared between quotation marks, was excused as ‘inevitably the idiom of the younger generation creeps in’.

The popular derivation, from the initial letters of ‘Port Out, Starboard Home’ allegedly affixed to the cabin doors of first-class passengers on P&O Orient Line steamships, is certainly false, as demonstrated by, among others, word-buff Michael Quinion in his 2005 book which took the phrase as its title. Posh seems to have been used in low-life slang for some time before it was first recorded in a dictionary of 1889 with the principal meaning ‘money’ and the subsidiary sense of ‘dandy’. It may be the same word, in the form ‘push’, meaning ‘swanky, showy’, that featured in Edwardian upper-class student slang (‘quite the most push thing at Cambridge’ was P.G Wodehouse’s description of a fancy waistcoat, from 1903). The ultimate origin, then, is obscure: in the Romany language which was a rich source of pre-20th century argot, posh could mean ‘half’, often referring to half a shilling/crown/sovereign, etc. so may have come to denote money in general, then the trappings of wealth.

In 1966 Michael Aspel was carpeted by the BBC for selling records of elocution lessons featuring his voice and that of  Jean Metcalfe (whose obituary in 2000 noted her ‘deep, cultivated voice’, the ads for which implied, the corporation said, that broadcasting required a posh voice. Like class-consciousness itself, and like the assertively upper-class accents it often described, the word posh seemed to fall out of fashion after the end of the 1960s,  only to reassert itself at the new millennium. At the end of the ‘noughties’, it took on a renewed importance with David Cameron’s accession to the leadership of the Tory party and fellow Old Etonian Alexander Boris de Pfeffel Johnson’s election as London mayor. As a literal synonym of privileged/wealthy/upmarket it is usefully inoffensive. Very frequently, however, it is used ironically, as in references to ‘posh nosh’ (typically very expensive sausages), and what online gossip site Popbitch dubs the ‘too-posh-to-push brigade’ – pampered mothers who opt for caesareans at private hospitals rather than natural births.

Reviewing Joanna Lumley mocking her own accent in a 2005 TV commercial, the Independent on Sunday commented, ‘In the 1960s, After Eights, Harvey’s Sherry and Cockburn’s Port were sold to Mrs Bucket’s everywhere on class – the idea that posh people bought them…if you want to do posh now it has to be spoofy and retro.’

In pop culture contexts posh has proved to be handy as an antonym of chav, especially in the numerous test-yourself quizzes in tabloids and online claiming to assess the underclass/toff-factor. From around 2000, ‘posho’ in UK campus slang has denoted a fellow-student perceived as from a wealthy or privileged background, while the litigious Victoria Beckham should note that in the same circles ‘Posh ‘n Becks’ is rhyming slang for sex.

Where accents are concerned the tide has seemed to flow in only one direction: in 2013 another broadcaster, the Radio 4 announcer Charlotte Green, accepted voluntary redundancy, declaring ‘received pronunciation, or accent-less accent [sic], is on the wane. The BBC’s days of employing people who sound like me are more or less over.’ She had once been voted the most attractive female voice on radio, that voice described as ‘a marvel, something to make one feel safe and secure, like being tucked up in bed with a hot water bottle.’ These days Cameron and Johnson play down their patrician tones to some extent, but fellow OE Jacob Rees Mogg incorporates a mannered, punctilious accent into his repertoire of self-presentation, adding to what the Sun terms ‘his ultra-posh exterior’ (the p-word is routinely applied to him by all sections of the media) and signalling to some the resurgence of a fogeyism that is either picturesque or (‘Please-Flog’ was one of the least offensive nicknames suggested in a Twitter poll) unsettlingly sinister. 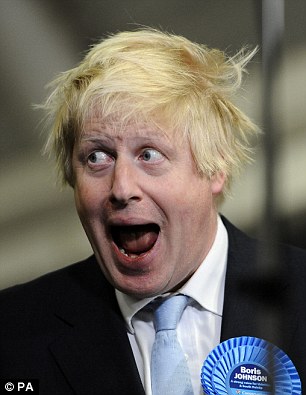