Following fashions is an exhausting task. And has become more exhausting still.

I have been recording the fads, fashions, cults and trends that energise popular culture, and the labels by which they register themselves on our collective consciousness, for more than thirty years. With the advent of the Internet and messaging the lifestyle innovations, aesthetic novelties and personal badges of allegiance are nowadays free to go viral, go global, and in many cases to disappear, virtually instantaneously. I talked to Olive Pometsey of The Face magazine (itself an iconic vehicle for the propagation of new ideas and images) about the latest, accelerated, overheated iterations of micro and macro-identities competing on online platforms. The equally frenzied quality of much comment and analysis is perhaps conveyed by the notes I made before we spoke…

A crowdsourced, online, free-for-all, 24/7 source of slang, catchphrases and new terminology is my friend Aaron Peckham‘s Urban Dictionary. As the Face article was going to press this was its phrase of the day…

Coined by trend forecaster Sean Monahan, a vibe shift describes the emergence of a “new era of cool.”

Fashion is a realm that experiences frequent vibe shifts, especially with the arrival of a new decade. Gone are the days when frosted tips and low-rise jeans and Abercrombie & Fitch were in.

We’re in the midst of a vibe shift right now with the widespread lifting of Covid-19 protocols and restrictions. We’re going out again and adapting in new ways to our environment; some will survive the shifting tides, and some won’t.

Yeah I’m in my vibe shift right now. You won’t catch me in the club now that things are opening back up again. I’m all about going to the Home Depot, renovating my home and hearth, yknow? Once I tried topless gardening things changed a lot for me.

Those once-thriving subjects, Cultural Studies and Media Studies, which I used to teach in the 1990s, are nowhere to be found in today’s educational landscape, and the cultural practices we used to analyse are these days ignored by most commentators, the subcultures (and microniches, hyperlocal communities) if they are mentioned at all are dismissed by older cohorts as trivial, frivolous and ephemeral. I doggedly persist, in solidarity with The Face, Wire, Dazed, i-D, TikTok, nanoinfluencers and microcelebrities, in finding them fascinating and significant.

Just a few days after the Face article appeared, the Mail Online announced the latest look for Summer 2022…

And if you want a comprehensive list of currently trending aesthetic genres, it’s here…

A November update from the Guardian features one influential fashion website, and more of the latest terminology (‘auntwave‘)…

…But then, in January 2023 Vice revealed the trend beyond all trends – (and beyond my understanding at first sight)…

How brands get it wrong – and occasionally right: an article from 2015…

THE WORD ON THE STREET? ADVERTISERS SHOULD MIND THEIR LANGUAGE IF THEY WANT TO CONNECT 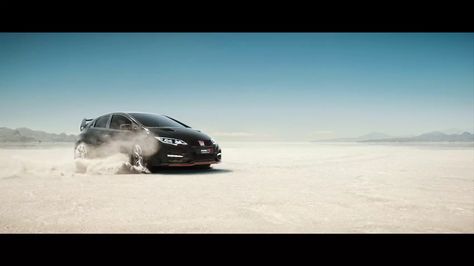 Aiming at the widest possible audience means, logically enough, that advertising usually goes for the most accessible kind of language. It’s when it doesn’t do this, and heads off-piste towards the wilder realms of slang, text-speak or dialect that especially interests a linguist like me. Some recent examples show how a focus on language can work when it’s done judiciously and targeted properly. Honda’s speed-reading captions (‘Keep pushing and get to better faster.’) that go with the slogan ‘Keep Up’ have drawn admiring comments from its target audience. The ad uses highly conversational catchphrases rather than street slang and challenges viewers to keep pace with its high-speed delivery.

The Royal Navy’s latest recruitment ads feature a voiceover in strong Geordie accent, colloquial phrases like ‘up my game’, but work since their fictional speaker looks and sounds authentic, not condescending or trying too hard. Adidas, too, gets it right with its ‘haters’ ad: hiphop beats and street catchphrases like ‘take you out’, ‘score all the girls’ delivered in a multi-ethnic accent go with a message – haters will envy you, but you don’t care – that a youngish demographic is sure to embrace. Using both slang and hashtag Money Supermarket’s #epic strut car insurance campaign works because the visuals  – hapless Dave struts his stuff in hotpants and heels – are so silly you fall for it. Soundtrack is once again hiphop, but street-speak is kept to the bare minimum ‘Dave feels epic.’ 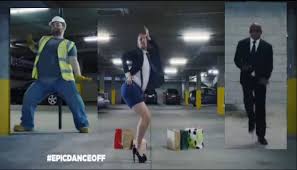 Other recent attempts to combine funky speech and street style have prompted mixed reactions. Sport England’s This Girl Can campaign, aimed at empowering women to exercise, featured phrases like ‘feelin like a fox,’ ‘damned right I look hot’ and ‘knackered’ to a soundtrack of Missy Elliott’s Get Ur Freak On. Judging by online comments it impressed many of its target group but was blasted by Guardian feminists for calling women ‘girls’ and focusing on close-ups of flesh.

Perceived ‘bad language’ is still an issue for UK consumers, as witness Booking.com’s 2015 TV and cinema ad, scrutinised by the ASA after it received 2345 complaints that ‘booking’ had been substituted for ‘f***ing’ in its voiceover, ‘…you got it booking right…it doesn’t get any booking better…exactly what you booking needed…’ The ASA ruling cleared the brand of wrongdoing: ‘Although we acknowledged that the placement of the word was redolent of the use of expletives, we noted that the ad did not expressly use any explicit language and therefore concluded that, although some viewers might find the connotation and word-play distasteful, it was unlikely that the ad would cause serious or widespread offence.’ Burger King’s 2010 ‘King Great’ slogan was allowed too, but furniture outlet Sofa King’s ‘Sofa King Low (prices)’ was banned. Lloyds Pharmacy wasn’t sanctioned but upset more than a few London underground commuters in 2013 with its poster campaign picturing a defensive line of uncomfortable-looking footballers above the double-entendre ‘Harder Tackle’. The ads were promoting erectile dysfunction treatment with pills ‘for better keepy-uppie.’

Another travel brand, Expedia this time, tried imitating rhyming slang and regional dialect in a 2012 campaign, provoking derision from professional linguists and not a few consumers, too. A trip to London was described in cringe-making ‘cockney’ as follows; ‘I booked in a Bob Murray so I saved maw bees an oney’ (supposedly translating as ‘I booked in a hurry so I saved more money’). Another ad reported on visiting Dublin in a bizarre attempt at Irish pronunciation; ‘It cast nex ter nuttin an we ad a tap noight oyt.’ What were they thinking?

There have been other campaigns over the years in which using unorthodox language has had mixed results. Tourism Australia’s ‘Where the bloody hell are you?’ slogan bombed in the conservative US. Jaguar, in its New Zealand billboard campaign, mystifyingly used the line ‘WTXF?’ to advertise its XF model. The abbreviation was highlighted in city centres across New Zealand and on online banners, presumably to the mystification of the brand’s mainly middle-aged and elderly targets. Jaguar nonetheless insists that the tactic did help to raise its profile in a new market. Back in the UK the official Twitter feed for London’s Victoria Line managed to offend many customers when it used texting slang to apologise for serious delays. Their tweet: ‘Hi all, just a quick chirp to let you know Victoria Line is all good this morning. Soz about yesterday! Hope you’re commute/journey goes well.’ Prompted one customer to tweet back: ‘Soz??? Are you kidding? Soz isn’t an appropriate word when your screwup causes thousands of people to get home from work late.’

In the US, where advertisers pioneered casual speech as in Budweiser’s ‘Whassup?’, McDonald’s ‘I’m Lovin’ It,’ Apple’s ‘Think Creative’ and the Dairy industry’s ‘Got Milk?’, it’s commonplace now to reach out to the youth market by using teen-talk and text-speak in campaigns. Brandwatch this year recorded 17000 recent mentions by brands of the key teen slang terms ‘bae’ (sweetheart) and ‘fleek’ (cool, successful), among them Taco Bell, Burger King, Pizza Hut and AT&T. It’s interesting to track reactions from young consumers, who, surprisingly to this Brit cynic, seem largely to accept their elders getting down with the kids, judging the brands on their merits rather than the lingo used. 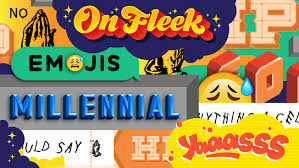 O2 did the same thing successfully in the UK, surprising many when it started to talk to its social media consumers in their own language. When @Tunde24_7 tweeted ‘@O2 b*****d big man ting I swear direct me to your owner what happened to my internet connection fam – mans having to use wifi and dat’, O2 replied: “@Tunde24_7 Have you tried to reset the router ting fam, so mans can use the wifi and dat?’ The exchanges went viral, with 90% of comments positive.

While using slang or internet abbreviations on traditional platforms can be fraught with danger for advertisers, it seems that digital slang in narratives and conversations can pay off if used on the right social channels in the right way. But there are other ways to exploit the public’s fascination with exotic language, and here the noble Brit tradition of spoof and parody comes into play again. I was involved with three separate media campaigns last year which used slang and quirky lingo in original ways to engage a range of audiences.

Spitfire Ale, whose ads had previously featured Armstrong and Millers’ slang-speaking RAF pilots, took over the posh Horse and Groom pub in London’s Belgravia and refitted it with graffiti, street slang signage and menus translated into the latest argot: the pilots made personal appearances and broadcasts, and takeaway consisted of a free e-dictionary of street slang, published to coincide with the event. In the same way, Lucozade published a ‘Festival Dictionary’ for the summer season containing youth language, musicians’ slang and technical terminology, packaged either as a wearable camping accessory or online e-book. Authenticity was guaranteed not by me, an ancient babyboomer, but with co-curating by DJs, street stylists and kids. Captain Morgan Rum, meanwhile, used International Talk Like a Pirate Day, which falls in October, to translate a range of the latest tech terms into pirate–speak in a manual (electronic and free to access) resembling a ship’s log.

Street slang, local dialect, yoofspeak or teen-talk, initials and hashtags are what linguists call ‘nonstandard varieties’ of English: by definition not part of the mainstream, they must be deployed with care and skill, if at all. My own research suggest that sweary ads amuse momentarily but don’t leave a lasting positive impression of a brand. My respondents confirm that the odd example of bad grammar (‘Eat Fresh’) will be excused as long as it’s not too flagrant, and pop culture catchphrases (‘Go For The Burn,’ ‘Make It Real’) do confer impact and authenticity, but only when used sparingly. The UK teens I have worked with are more suspicious than their US counterparts, wary of an older generation trying to replicate their private, intimate slang (so shun any use of #YOLO –type abbreviations, Xtreme-type re-spellings). Against this there is evidence that Generation Y and Z members actually view brands online as the equivalent of people they can trust, so it’s the sincerity of the message they value above all else – hence O2’s success. Proliferating blogs, vlogs and print articles highlight the fact that, in a hyper-self-aware market, language itself is a hot topic across all segments right now. There is vast potential for advertisers to move beyond slogans and straplines, to key into the debates about good and bad grammar, fascination with accents, curiosity about dialects and slang, exploiting the digital ecosystem of new platforms and channels as well as traditional media and established push/pull techniques.

This article first appeared in the Beak Street Bugle

And another more recent example of misjudged language…