In 2015 I wrote about the fact that estate agents, journalists and grassroot activists were using the phrase lights-out London to describe the phenomenon whereby parts of the UK capital, especially those super-prime districts in the centre, have been deserted by ‘real’ people and are in the hands of absentee landlords (the government’s term is non-resident landlord, NRL) or absentee owners. There were then around 700,000 empty properties across the UK: in London 75% of buyers of new-builds are foreign, many of whom practise not just the buy-to-let tactics favoured by a generation of small domestic investors, but buy-to-leave. Wealthy non-doms are keeping around 20% of accommodation unused (units referred to colloquially as empties or more formally as vacant assets) in the knowledge that their investment will simply grow in value; other properties are unoccupied for most of the year, meaning that local economies in these areas are suffering a triple whammy. Spiralling house prices prompt private individuals to sell up and move out, at the same time the cost of office space is driving businesses further and further from these prime locations: once thriving shops and restaurants find themselves half-empty.

25% of investors coming from Gulf states to buy property in London planned purely to gain from rising prices without living there, according to the Guardian in 2016, who also reported that a quarter of all those who planned to buy a property in London were targeting capital gains rather than looking for somewhere to live or to let out. Even those buying second or third homes for their own families did not reveal how often or for how long the properties would be occupied.

The Grenfell Tower fire in June 2017 has refocused attention on the issues arising from absentee landlordism and official laxity – or possibly official collusion: many of Kensington and Chelsea Borough’s councillors are themselves landlords and active in the ambivalent regeneration projects which are supposed to provide both public and private housing, but which many see as vehicles for gentrification and, when housing poorer tenants, guilty of poor safety standards. 72 of the Conservative MPs who voted against a parliamentary motion to make homes ‘fit for human habitation’ were landlords; one was the newly appointed Police and Fire Minister, Nick Hurd.

Regulators haven’t been completely inert: the Bank of England’s Prudential Committee intends to crack down from September 2017 on portfolio landlords – those with four or more mortgaged buy-to-let properties – subjecting their businesses to stress tests to ensure that they have income streams and business plans in place.

Global, and local turbulence goes on, however. The company – a consortium of Malaysian investors – redeveloping the huge and iconic Battersea Power Station site on London’s riverside (‘the Everest of real estate’) promised in 2011 to include 636 affordable homes among its final range of ultra high-end housing units. In Summer 2017 it reduced this number to 386, saying the original commitment was based on lower construction costs and a seemingly unstoppable boom in newbuilds which since the Brexit vote has calmed considerably. At the Greenwich Peninsula site on the other side of London Hong Kong-based Knight Dragon have reduced the number of affordable homes from 35 to 21 percent.

At the beginning of August 2017 The Labour Party condemned as ‘simply unacceptable’ the revelation, stemming from the accidental disclosure of council data following the Grenfell Tower fire, that 1652 properties were unoccupied in the London Borough of Kensington and Chelsea.  A Guardian report drew on the same information to publish the names of owners of vacant properties, among them oligarchs, foreign royalty and business speculators. This prompted the Liberal Democrats to demand increased surcharges on long-term empty homes, and London Mayor Sadiq Khan to promise to tackle the issue before the end of the year.

You can find more examples of the official jargon used in the field of development and regeneration here (I was particularly struck by one of the listed entries:

There is currently no universally accepted definition of this.’)

…and the latest from Battersea here, courtesy the Telegraph: 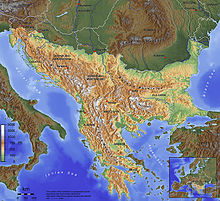 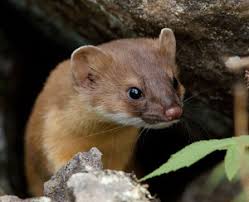