Of the TV series that have featured Urban Slang (or so-called MLE, ‘Multiethnic London English’) for me none surpassed, in authenticity, ingenuity and hilarity, the sitcom PhoneShop*, broadcast on Channel 4 between 2010 and 2013. Writer and producer of the series, Phil Bowker tells me  ‘Like you, slang’s something that has fascinated me since I was a kid growing up in Liverpool.’  It’s a great privilege to be able to print here, with Phil’s blessing, the script of this sequence intended for his follow-up satire on multicultural Britain for BBC2 The Javone Prince Show**, but never broadcast. Phil explains, ‘I wanted to spoof the kind of BBC London style of hack news reporting but instead of the usual fayre of drugs and knives, I wanted to make it about slang.’ Relish now for the first time this exposé of …Real Talk ‘Slang’…

Andrew Milligan (Jason Barnett) is on a walk and talk.

“Why is my man Parrin’ me?” “Dat Gyal is pengalicious” “Watcha me come and lick off a ya headtop”            Words and phrases that you wouldn’t particularly want to hear coming out of your child’s mouth. But this is an everyday reality for thousands of parents across the Country as unscrupulous dealers are targeting our children at the very place where they’re most vulnerable: The school gate.

We cut to a School sign and then back down to Andrew as he crouches down outside the entrance. The floor is littered with discarded pieces of paper the size of christmas cracker jokes. There are lots of ‘capsules’ around too. He reads a couple of them – sickened at what he sees.

A mum (Debra Baker) Is interviewed in her spotless kitchen.

My 10 year old comes home, he calls his little brother a beg, calls me a slosher and tells me he’s goin his drum to blaze…’ What can I do about that? I ain’t got a clue what he’s talkin about….

We’ve all seen them plying their vile trade in pubs and car parks the length and breadth of the Country. The So called slang hawkers. You yourself may have even enjoyed using some casual slang at a dinner party. I’m ashamed to say, I have. I had bare laughs. But where does this slang come from? Who’s selling it, and what is the real cost? To find out, I took to the streets.

Shot from a first floor window, we see Andrew making a call from a phonebox.

(Voice Disguised) What you after?

I’m looking for a, uh maybe a five pound deal?

Fuck off. (Bleeped) You couldn’t even get a noun for that, you mug.

A small bag of verbs. Proper, good verbs, I don’t fuck (bleeped) around.

Sounds good my man, but how can I guarantee the quality of your slang?

You heard of swag?

That’s one of mine.

Wide shot of Andrew waiting by the telephone box.

In less than five minutes one of the dealer’s word soldiers rode by on a stolen mountain bike.

We see a kid riding past on a bike throwing at book at him. Andrew bends down to pick it up (It’s a dictionary) He opens it up to reveal a hollowed out centre with a small baggy in it.     He furtively looks around and then opens the bag, looking at the tiny pieces of paper with words written on them.

(slightly out of breath) The dealer wasn’t lying. There is a potency to this slang that I haven’t seen before. I have to admit, it’s quite thrilling.

This is a massive problem we are sleepwalking into. Slang has been around for ever, but it was always kept at an acceptable level. It was fine for criminals, the working classes and immigrants but what we’re seeing now is a huge middle class uptake – it’s extremely frightening and this government needs to do something about it very quickly.                                I’m reluctant to use the word, but what we’re facing, is an epidemic.

Andrew swings round to camera.

But what the chickenclart can be done?

We cut to people coming out with their hands on their heads. They are all wearing glasses or visors. They look disorientated.

I’ll be back out on the streets in half an hour. You fucking rats.

He looks at the camera.

Penelope, get the bail money! It’s in the study underneath Eric Partridge’s Usage and Abusage….

This slangmaster is facing a long “sentence” in a “pen” of his own making. But there is a way out. If not fi him, fi someone else.

I was always interested in language. The etymology, the syntax. Other kids would be out kicking a ball against a wall. I’d be indoors with me head in a thesaurus.

I started mucking around with slang. Making my own words up. Giving them away to mates in school. And then I realised. There was money to be made – and it went from there.

Andrew swings around to camera.

Christian became so successful, within a year of selling his slang words illegally, he managed to buy his parents a new house, and was engaged to a Countdown semi-finalist. But things quickly went wrong.

I got greedy. I started mixing with the wrong people. I got too big too quick. At one point, I was running three or four terraced houses full of young academics twenty-four hours a day. I was effectively controlling most of the slang that was being sold in London. And then it all caught up with me.

Christian is helping some young people to ‘lay up’

After a spell at her majesty’s pleasure, Christian dedicated his life to helping the very people who once did his bidding in his urban slang factories.

We see the trad shot of guys having fun. High 5ing etc

Andrew Walk and Talk down an alley.

Tragically, a few hours after that lay up we learnt that Christian’s past had finally caught up with him and he was ambushed by a gang of rival wordsmiths in a back alley Scrabble game.

He arrives at the taped off crime scene. There’s an abandoned Scrabble board and associated paraphernalia. He crouches down

The last words he spelt out on the Scrabble board was a fitting testament to his memory: YOLO/ Gubati/Gggdedjs/

Andrew gets up and continues his Walk and Talk.

So the next time you’re at a dinner party or even a simple kitchen supper and somebody decides it might be ‘fun’ to pass the ‘slang’ around, remember the real cost and just say no. 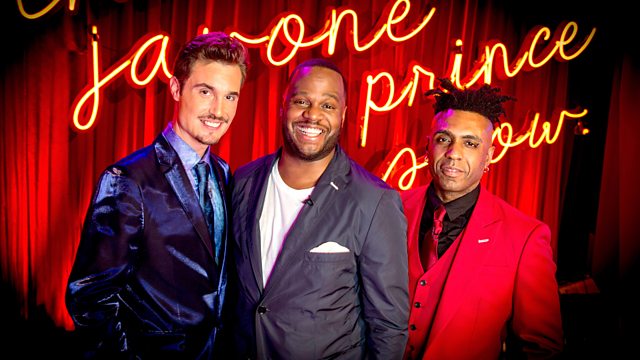