The traditional view of words and names is that, apart from those words that directly imitate natural noises, there is only an arbitrary link between sound and meaning. But a few psychologists and neuroscientists have claimed to find evidence that phonemes (the human speech sounds that constitute words) have an inherent, non-arbitrary emotional quality. Their data suggests that the effect on feelings of certain phoneme combinations (nonsense examples they worked with included bupaba, which was received positively and dugada which was negatively perceived) depends on a specific acoustic feature which can be measured, namely, the dynamic shifts within the phonemes’ frequency.

Socrates, too, according to Plato in the Cratylus Dialogue of 360 BCE, ascribed the origins and the correctness of names and words to a measurable relationship between their sounds and the things they represented, observing, for instance, that the tongue is most agitated and least at rest in the rolling of the letter ‘r’ (ρ or ϱ ‘rho’ in his native Greek) thus fitting it for evocations of violent movement or percussion. We can consider to what extent this rule might be applied to English, bearing in mind examples like ‘battered’, ‘beaten’, ‘bruised’, ‘banged’, but Hermogenes in any case then intervened and with a host of counterexamples demolished Socrates’ proposition, forcing the sage to admit that ‘my first notions [were] truly wild and ridiculous’. In 1690, the English philosopher Locke argued in An Essay on Human Understanding that if there were any connection between sounds and ideas, we would all be speaking the same language. Leibniz in New Essays on Human Understanding, published in 1765, responded with a point-by-point critique of Locke’s essay, admitting that there is clearly no perfect correspondence between words and things, but neither is the relationship completely arbitrary…

…In 2013 scientists carrying out an analysis of popular names given to 15 million babies found that male names were much more likely to contain broad and ‘larger’ sounding vowels that were emphasised and sounded more masculine when spoken. On the other hand, the majority of female names sound ‘smaller’, allegedly projecting a more feminine, dainty impression of the person. The study’s co-author, Dr Benjamin Pitcher of the School of Biological and Chemical Sciences at Queen Mary, University of London, said: ‘The origins of names may vary but this study suggests that there is an association between the size of the sounds in first names and the sex they are associated with.’ According to Dr Pitcher and his team, the names which sound larger and prove popular with parents who have boys, or sound smaller and are given to girls are linked to the calls of wild animals. They claim that mammals, including humans, associate deeper, booming vocal sounds with larger individuals, but higher-pitched sounds are usually from smaller individuals. It has to be said that reports of this study were not universally applauded when they appeared in the UK tabloids online. Comments ranged from ‘…being paid to state the bleeding obvious’ to ‘utter nonsense – and the male names they quote all sound girly to me.’ 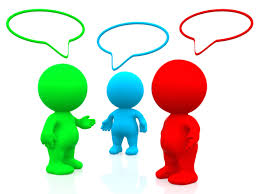