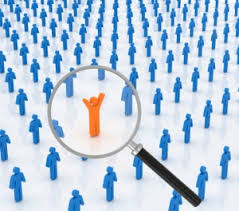 I talked to Zoë Henry of Inc. magazine about reports that profilers in the USA can now pinpoint ethnic identities from individuals’ names. Zoë’s article is here:

I’m sure these experts are scrupulous in not doing anything illegal but I think, in the case of hyperindividualised and hyperlocalised profiling, the subjects (who presumably don’t know they have been identified) will probably feel comfortable about it if their names have been retrieved from lists they have subscribed to, possibly less so if they have been traced from other sources like electoral rolls, phone directories, library memberships.

In marketing there’s the assumption that a member of a group will conform to a stereotype of that group’s consumer behaviour – an assumption that is potentially patronising if not controversial. And when we look in close-up at actual instances, what precisely can we predict about, say, LeKeysha LLoyd Muhammad’s buying patterns and preferences? Especially if they are trans and have an address in rural Idaho?

Ethnic name profiling of course has a potentially bad reputation when used by government or law enforcement or by employers* in covertly vetting prospective hirings. As US human rights lawyer Bill Quigley commented:

‘One of the draconian consequences of 9/11 is racial profiling. Bollywood Muslim actor Shah Rukh Khan became the latest victim of what some call “flying while a Muslim” after he was singled out by US airport authorities allegedly because of his Muslim surname “Khan”. “I was really hassled at the American airport because my name is Khan,” he said. The other recent Indian victim was former president of India. On April 24, 2009 in a clear violation of protocol, Dr. A.P.J. Abdul Kalam, a Muslim, was frisked by the staff of American airliner Continental Airlines.’

*an article on that subject:

Stereotyped ethnic names as a barrier to workplace entry