Another extract from a work in progress, or, if that project comes to nothing, a fragment from a series of jottings (see elsewhere on this blog for others): either way, I keep returning to my fascination with the symbolic, psychological, psychic effects of  the sounds of words… 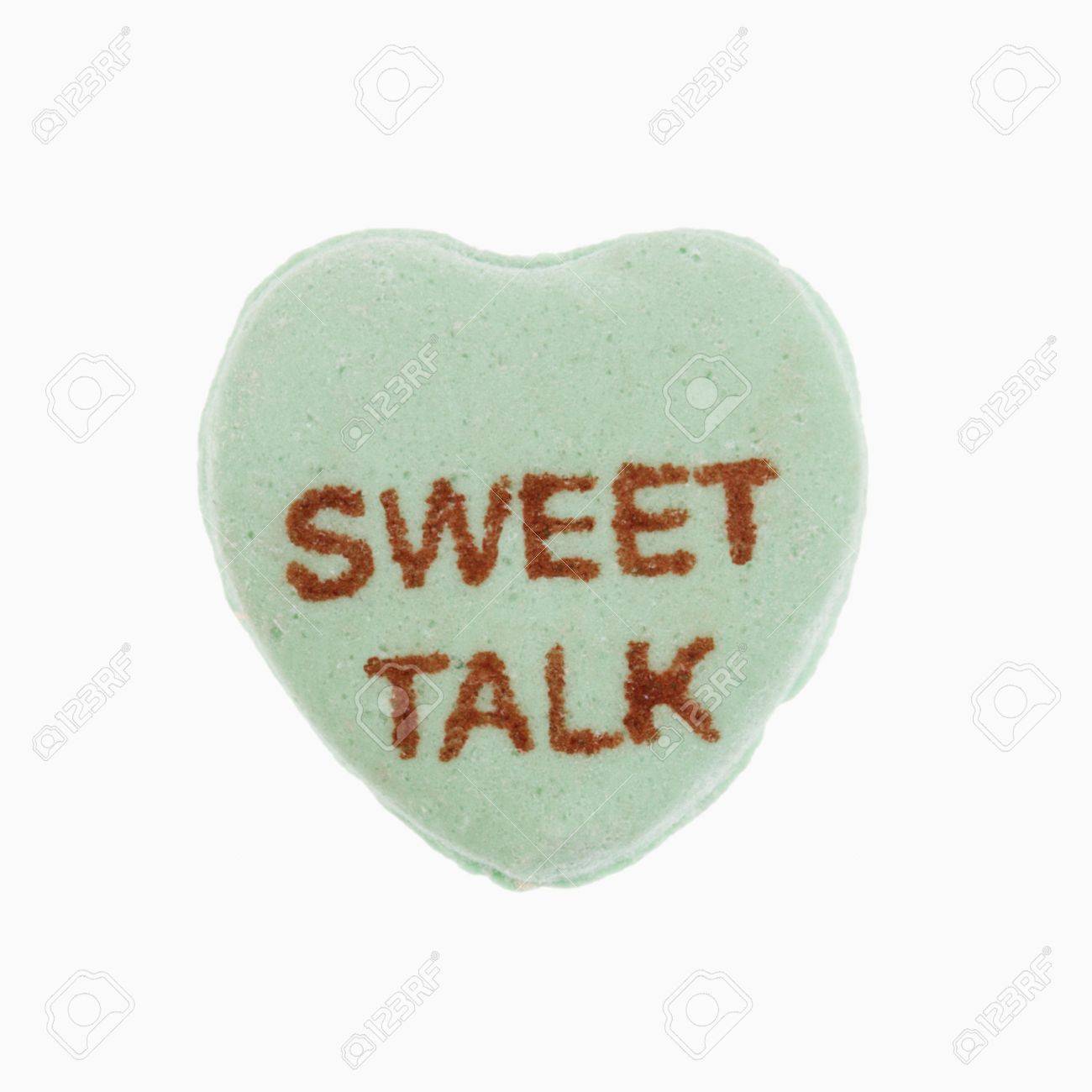 The traditional view of words and names is that, apart from those words that directly imitate natural noises, there is only an arbitrary link between sound and meaning. But a few psychologists and neuroscientists have claimed to find evidence that phonemes (the human speech sounds that constitute words) have an inherent, non-arbitrary emotional quality*. Their data suggests that the effect on feelings of certain phoneme combinations (nonsense examples they worked with included bupaba, which was received positively and dugada which was negatively perceived) depends on a specific acoustic feature which can be measured, namely, the dynamic shifts within the phonemes’ frequency.

At Laurentian University in Canada researchers examined the links between proper names and hearer’s emotions: The ten most popular boys’ and girls’ names for most years of the 20th century were studied in terms of the emotional associations of their sounds and their pronounceability. A set of historical and socioeconomic variables, namely, war, depression, the advent of the birth control pill, inflation, and year seemed to correspond with the scores that members of the public gave for name length, emotionality, and pronounceability.

At a more human level UK national treasure Stephen Fry tells us his favourite word is ‘moist’. He’s being arch and gently provocative as usual, but says that he just likes the sound of it. I have said that I find the sound of the word ‘mellifluous’ pleasant, but friends have told me they hear in it prissiness and fussiness. My own fondness for ‘buoyancy’, too has been a cause of bemusement for some.

Whether we are talking about ‘pure’ sounds that imitate the noises of nature like ‘plop’,  ‘buzz’ and ‘hum’ or the clusters of phonemes that form single words, or the longer more varied sequences of conversational noise, these acoustic disturbances are not just conveyors of information but can act as triggers provoking an emotional response in the hearer. How they do this depends on the associations they have for us and these may be intensely personal, may be social and cultural and may in many cases depend entirely on which language we are hearing and thinking in.

Hearing the slang word ‘chillax’ for the first time (it has now become fairly well-known, even embarrassingly part of the linguistic repertoire of a former PM) would probably have a different effect on a teenager, who might have recognised the blending of ‘chill out’ and ‘relax’ from a grandparent more likely to hear ‘chilly’ and ‘axe.’

The fact that our reaction to the sound of words is culturally conditioned and not simply ‘natural’ can be proved by asking people to listen to and comment on words that they aren’t familiar with; invented words or terms from an unknown language. The words sranje, mierda, hovno and mist don’t seem to upset English speakers who are exposed to them for the first time. They are all synonyms of English sh**t in not too distant languages: Slovene, Spanish, Czech and Danish respectively. An old friend from France used to complain that her word for dog, chien, sounded nothing like any of the animals of that species, whereas the English word, she thought, suited exactly.

When we move from words to longer examples of intonation, rhythm and pitch, it can be a mixture of supposed familiarity – we recognise the same sounds from a different context such as baby-talk or comic exaggeration – and unfamiliarity – we don’t know what it means –that leads us to find the sound of the Dutch language funny for example.

Where other accents – the regional British variants among them – are concerned, studies have found that people react positively or negatively first according to how closely the accent resembles their own and secondly to its associations, usually which prominent figures (typically actors, newsreaders, footballers) employ it and in which contexts it has been encountered (so a Northern Irish accent, once evoking the language of the Troubles is now, like the Scottish Connery lilt, linked to actors who charm and don’t threaten.)

Asked in 2008 to nominate his favourite word, then mayoral candidate and Tory MP Boris Johnson selected ‘carminative’, teasing both in its obscurity and in that the word formed from these four sonorous syllables denotes a cure for flatulence. Three quite different, and differently resonant, syllables were chosen by French artist Loris Gréaud as the title of his solo exhibition at London’s ICA, part of a large-scale experimental multi-media project dealing in the interplay between rumour and fact, in hidden meanings and in transitions and interruptions. It’s no coincidence that the London installation and the project itself go by the name of CELLAR DOOR. The coming together – not for the first time – of these two unremarkable English words is part of a curious sequence of borrowings and allusions, a sort of underground tradition or urban legend that Gréaud is just the latest to tap into.

It was J R R Tolkien in 1955 who first suggested that ‘cellar door’ was one of the most beautiful, if not the most affecting combination of sounds in the English language. He described the phrase on two occasions as being intrinsically inspiring, and since then a series of writers have used Tolkien’s cue to fabricate a quite spurious history of references to cellar door, according to which an American opinion poll, the author H.L.Mencken and various Chinese and Japanese visitors have all, apparently independently, pronounced it the most beautiful sound in English. The cult movie Donnie Darko popularised the idea for a pop culture audience, asserting that of all the endless combination of words in all of history, this was the most beautiful. The film script attributed the claim to ‘a famous linguist’, but the director Richard Kelly in subsequent interviews namechecked, quite wrongly, Edgar Allan Poe.

We can’t be sure of the personal and cultural associations, conscious or unconscious, that led Tolkien to favour this particular collection of phonemes, apart from ‘the door of the cellar’ there are no sound-alikes in English other than, and of course this might be significant, celadon, a colour which is apparently a sort of pale willowy green (and is named, curiously, after the shepherd hero of a 17th century French romance) and celandine, the French-sounding name of two different species of flower. It seems to be a prerequisite that cellar door is pronounced in a donnish British RP accent rather than in a provincial burr or North American twang; although for me, and perhaps for Tolkien, too, a Welsh lilt might help reinforce its quasi-mythic pretensions.

Celador isn’t Welsh but is a real word in Spanish: pronounced with initial ‘th’ in Castilian Spanish, with ‘ts’ in the Americas historically it means ‘guardian of the bedchamber’, nowadays more prosaically it denotes a hospital orderly, a classroom supervisor or sometimes a prison guard. Spanish and Latin American friends tell me that for them the sound of the word is as humdrum as its modern meaning: it has no special resonance for them.

Although one explanation of the origins of language, known as the bow-wow theory, holds that all words started out as imitations of sounds found in nature, it’s clear that by now, apart from the obviously onomatopoeic like splash and plash and smash, sound and sense have become quite disconnected. The word voted the most beautiful in a British Council survey in 2004 was ‘mother’, for most of us redolent of tenderness, but downbeat and abrupt in terms of its component sounds. Conversely and perversely James Joyce had earlier proposed ‘cuspidor’, a nice noise, but a nasty receptacle.

The notion, though, that the sounds of a word might evoke certain feelings in the hearer, quite independently of its literal meaning, is a commonsense one, and linguists know the phenomenon variously as phonaesthetics, psychoacoustics or sound symbolism. But these emotional or aesthetic effects are not consistent and vary quite unpredictably across cultures and even among speakers who share a common language. ‘Mist’ which seems pleasant on the ear, means ‘crap’ in other Northern European languages. Stephen Fry may like the word ‘moist’, but it ranks high in lists of people’s unfavourites (‘phlegm’ and ‘panties’ even higher) and a teenager told me the other day that it’s now the most horribly offensive thing you can say in London street slang.

Playing of course on its literal sense, but helped by its new status as a linguistic talisman ‘cellar door’ has been used as the name of a host of wine merchants, wine bars and wine magazines and of a slasher movie, too.  A café in Guernsey, a London cabaret venue, a Jazz band, an Indie band, a metal band, a literary magazine have all adopted the title: spelled as in Spanish it’s the name of a well-known TV production company: a novel printing typeface, Kellermeister, turns out to be inspired by it, and dozens of Internet blogs contrive to work the phrase in somewhere in their mashups.

Why is it that there seems to be this need for a mantra, a magic set of sounds that can be constantly reinvoked? Is it those phonemes: that front vowel, sibilant and lateral, along with the allusion to something always hidden just beyond our field of vision that combine to give cellar door its unique charm? Whatever lies behind it (pun intended), and however impressive Gréaud’s work actually is, I’m afraid that I’m quite immune to the two words in question: for me ‘seller’ only evokes the housing crisis at the time of writing, and door rhymes with ‘sore’, and ‘poor’ – and most tellingly of all – with ‘bore’.

* I have not yet had time to digest this very interesting paper from July 2017, but here is the link…