Here’s an article, written for British and American professionals, that discusses the question of jargon…

Learning a new language can mean something different in today’s world of work.

‘We’ve got to monetise our visibility and maximise brand awareness’ says the boss. ‘I’ll get across it ASAP and keep an eye on collateral,’ responds the loyal subordinate with one eye on promotion and the other, if this is physically possible, on their back. Meanwhile the CEO announces that the organisation is ‘increasing its leveraging of intangibles and disruptive technologies to cope with sector turbulence’ and the shareholders nod sagely, whether they have understood what he’s talking about or not. English may be the international language but there’s another, more powerful and all-pervasive language at work here – a pressing reason for us to become bilingual or risk being left behind as the corporate and professional worlds evolve. One name for this code is BS. No – not that – it stands for Business-Speak, known also as office jargon, management-speak, buzzwords and biz-words, even sometimes in progressive circles as ‘digital discourse.’

Whatever you call it, biz-speak gets a bad press. Lucy Kellaway’s columns in the Financial Times have been parodying it for a decade, the UK’s Plain English Campaign regularly denounces it and not long ago MPs waded into the debate, chastising their civil servants for using phrases like ‘challenging growth trajectories’ and ‘driving up quality’. The Local Government Association even tried to ban a long list of terms including the awful ‘coterminous engagement’ and ‘predictors of beaconicity’, but also the – to my mind – quite innocent ‘synergy’, ‘benchmark’ and ‘initiative’. At the same time a raft of surveys by pollsters, HR agencies and academics have canvassed workers’ grievances and identified the use of jargon by bosses as the number one irritant. These studies revealed that junior executives and office workers in particular felt intimidated and excluded by managers’ obscure and pretentious language, suspecting, too, that this is often employed to conceal incompetence, or disguise unpalatable truths.

But despite all the surveys I’m not at all sure that we should automatically disapprove of jargon. When speakers strive to find new ways of describing genuinely new ideas, and when they play creatively with the possibilities of the language, they enrich our vocabulary, expand our capacity to express ourselves; to use a controversial word they empower us. As for technical terms – learn them! If your colleagues are referencing ‘portals’, ‘silos’, ‘inflows’, you ought to know what they are. New processes and new ways of consuming require new terminology and always have done. Key finance concepts like ‘sub-prime’ and ‘QE’ sound offputting, but try explaining them in different words in less than ten minutes; ‘onshoring’ is the neatest way of explaining that you have had to reverse your ‘outsourcing’ and ‘offshoring.’ BS can also inject a little drama and humour into the working day, so the slight recovery after a crash is better described as a ‘dead cat bounce’, taking a brave and unpopular decision is ‘shooting the puppy’, a pleasing upward curve is a ‘J-Lo’, the consultant you had to engage is a ‘hired gun’ or a ‘killer bee’. 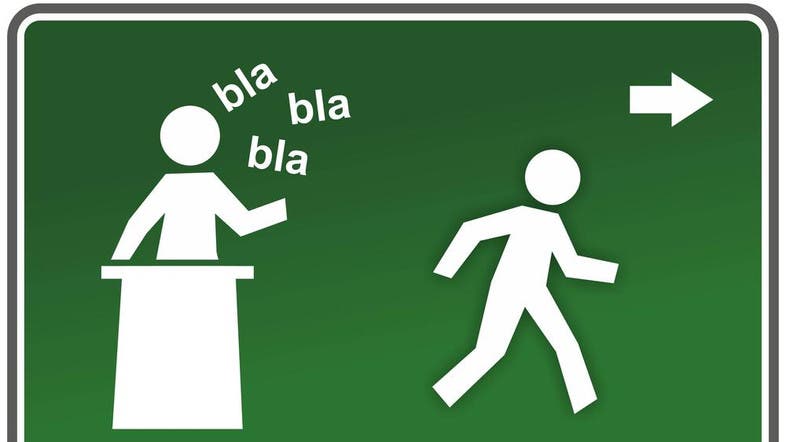 If you do decide to embrace this new lingo there are some crucial points to remember. Where BS is concerned the cardinal sins are:

Critics need to realise that specialist language isn’t just about naming and describing, it’s about credibility, about bonding and belonging, about brevity and freshness, as much as about bamboozling or bluster. Knowing how to deploy (I like that word) this vocabulary marks you out as a member of a team or a community sharing common professional aims. OK, if I see ‘deliverables’ or ‘ownership’ or hear ‘alignment’ one more time, I’ll probably scream – but come on, let’s get buy-in from all stakeholders, embed a culture of innovation and maximise linguistic functionality.  Or to put it more brutally, if you don’t like the heat, stay out of the kitchen.

Here are some links to articles referring to business jargon: