I’m interested in the extent to which the trendy jargon of business and lifestyle really is transient, as it’s often presumed to be. Many of the buzzwords which I discovered and tried to analyse back in the noughties decade are no longer current. Some of them never managed to escape the rarefied circles in which they were invented and briefly exchanged. Others, however, still resonate  – and still, remarkably, are seen as innovative and novel. Here are two examples of what I mean: can you decide in which years the following words were written? 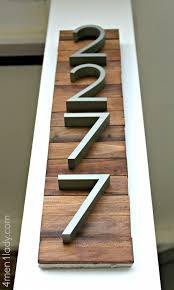 I’m almost certainly in the top category – a so-called high skeptic – on Obermiller and Spangenburg’s grading of consumers’ resistance to advertising claims. I’m endlessly irritated for instance at prices that end in 95p or 99p rather than go the whole hog. This tactic is crude and familiar, but other forms of number manipulation and the quasi-technical terms describing them increasingly crop up in commercial conversation.

Theorists of customer behaviour and information load describe my bugbear as the (positive) nine-ending effect, closely related to the (negative) left digit effect – if increasing the price causes the leftmost digit to change, the sale may well be lost. In analysing consumer inference and the processing of brand information the experts cite a numerical superiority effect. This simply means that claims expressed in numbers (‘78.6% effective’) appear to be objective  – based on empirical data – while claims expressed in words (‘finished to the highest technical standards’) tend to be judged as subjective. The same distinction operates between round figures or round numbers, often suspected of being approximations or guesstimates, and sharp numbers, assumed to demonstrate verifiability. This quirk of human psychology the experts describe as precision heuristics. Round numbers incidentally don’t always have to end in zero: given our system based on tens, fives are also salient (i.e more memorable and processed more readily).

Mathematician Stanislas Dehaene highlighted these and other psychological features of number-perception a decade ago, (and Proctor and Gamble’s claim that their Ivory soap was ‘99 and 44/100 per cent pure’ is a century old), but only recently have they begun to cross over into public awareness. The housing market in particular has woken up to a related phenomenon, that buyers have an innate tendency to treat sharp numbers as lower than round ones. They may for example unconsciously perceive £725,000 as higher than £725,647. Sharp numbers play a key role, too, in the pique technique, also known as mindful persuasion, whereby a request is made in an unusual way to pique the subject’s interest, usually illustrated by the simple example of a beggar asking for 97p instead of a pound. Such requests have been shown to have a potential 60% success-rate as opposed to 10% for round figures.

In US financial journalism, by the way, the phrase sharp numbers has another, predictable, sense: it means the numbers that hurt.

According to research by Standard Life Bank two out of three Brits in their 30s and 40s are now suffering from status anxiety about their homes, prompting TV consumer psychologist Benjamin Fry to attempt a more detailed diagnosis. They are apparently experiencing improvenza, which sounds like another affliction, but is touted not as the disease but the potential cure, involving as it does reconfiguring the work-life balance and, as often as not, renovating rather than moving. The notion of status anxiety as a defining modern malaise has been around for some time, but was popularised by UK philosopher Alain de Botton in his 2004 book of the same name. US trendspotter Faith Popcorn has since argued that it is moral status anxiety which increasingly defines our attitudes. She and others have been predicting the end of conspicuous consumption, to be replaced by conspicuous austerity (slogan: ‘less is the new more’), thrifting (opting for low-cost, low-profile living) or conscientious consumption, whereby our individual standing is defined by how far we manage to combine spending and leisure pursuits with self-improvement and charitable works.

Amsterdam-based Trendwatching.com, who also single out status as the key driver of new consumer behaviours, this year upped the stakes by coining the expression status despair to describe the awful realisation, for example, that a fellow oligarch has a more sumptuously fitted-out private jet than you. Journalists have identified other manifestations of this new angst, ranging from yacht-envy to bag-envy. The latter, according to media strategist Tracy Hofman, can be countered by what she calls status flair, ‘the thrill that resonates when you realise that the quilted Chanel handbag you acquired in 1990 is now back in fashion!’

Trendwatching claim that, in an experience economy, hierarchies based purely on spending power are outdated, supplanted by so-called status-spheres; different areas of activity such as ‘participation’, ‘giving’, ‘experiencing’ from which individuals derive self-validation and peer-recognition. In the same way those physical status symbols – visible, tangible purchases for display – are giving way to status stories, told not by manufacturers but by consumers bragging to other consumers, presumably by word-of-mouth and by way of blogging and viralling, about their personalised adventure holidays, their web-presence, not-for-profit investments, eco-credentials, etc.