And on Shrove Tuesday when the bell does ring

we will go out at hens and cocks to fling

Today is Shrove Tuesday. A propitious time for hanging laundry according to English tradition, which holds that whites will dry to yield an even brighter white on this day.  There are 46 days between tomorrow, Ash Wednesday, and the Holy Saturday at Easter. If the abstinence required of the faithful is relaxed for each of the coming Sundays then Lent will last for 40 days. Today marks the beginning of Lent and the end of the three-day period of indulgence and revelry known since 1530 as Shrovetide, culminating in the tossing and sharing of pancakes, formerly a way of using up the sinfully fattening contents of the larder prior to fasting.

In old tradition believers were summoned by a bell rung at eleven in the morning to be ‘shriven’, that is given confession by a priest and forgiven for their sins. The verb to shrive, meaning impose a penance, was Middle English shriven, scrīfan in Old English, and is related to modern German schreiben, to write. Old Germanic borrowed the Latin verb scribere, to write, (itself descended from Proto-IndoEuropean *skribh -, to cut) in the form *skrībaną on the basis that, even for an illiterate community, religious proscriptions were written down. The confusion of penitence and indulgence resulted in the old phrase to ‘go a-shroving’ denoting not seeking confession but making merry and misbehaving.

By the 19th century the shriving bell had become the pancake bell, which in Toddington in Bedfordshire brought village children to Conger Hill to put ears to the ground and listen for the sizzling of the local witch’s pan. In Chester the wild communal street games played on Shrove Tuesday were said to have originated when the townsfolk decapitated a Viking prisoner and used his head as a football: in Derby in 1839 the army had to intervene to stop, once and for ever, the mayhem occasioned by this annual festivity. Other communities celebrated with bull-baiting and tugs-of-war, or as in Brighton played variations of ‘cock-in-the-pot’ or ‘cock-squailing’ whereby weighted sticks were thrown at a captive chicken (or in Somerset at a ‘Lenycock’ – not a bird but a daffodil). Cocks and chickens, though, had a hard day of it almost everywhere. In Scotland children could bribe their teachers with a ‘cock-penny’ to abandon lessons in favour of a cock fight – the dominie was allowed to claim and eat or sell any bird that fled from the ring.

The name of the coming period of penitence, Lent, is a shortening of Middle English lenten, from Old English lencten, coming from  *langatinaz,  a ProtoGermanic word for springtime using the prehistoric ancestor of ‘long’ and evoking the arrival of longer days. 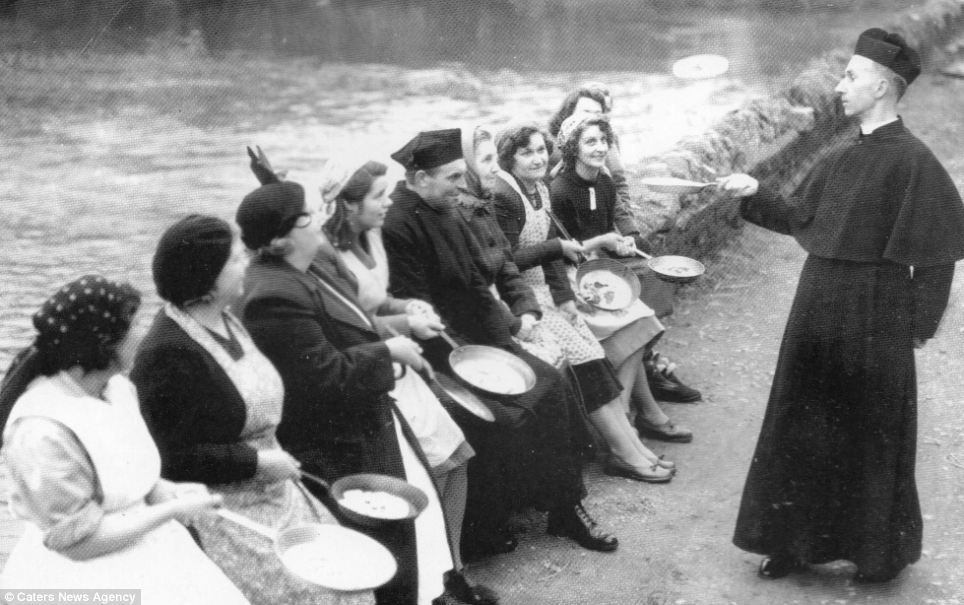 …at last, by the skill of the Cooke, it is transformed into the forme of a Flip-Jack, cal’d a Pancake, which ominous incantation the ignorant people doe devoure very greedily 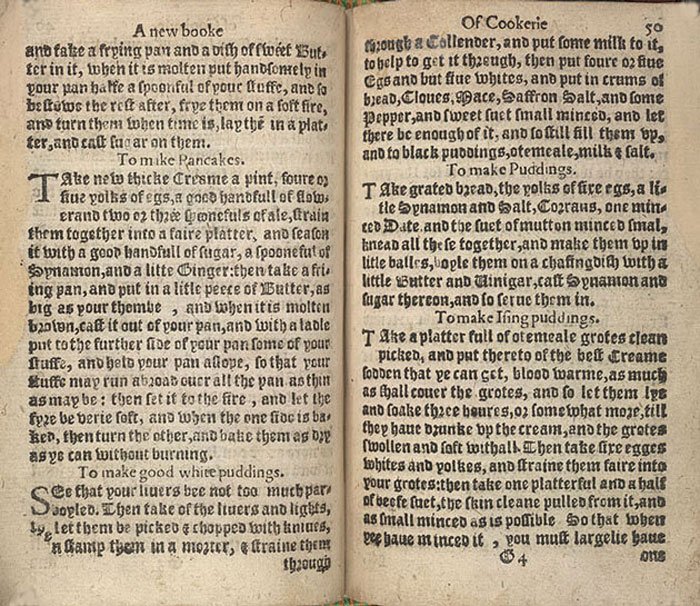