The jargon and new terminology I collected for my Bizwords column used to highlight exciting trends in marketing and management, often featuring versions of the ‘hero-boss’ or ‘digital leader’. Many more recent buzzwords relate to complex issues affecting social, cultural as well as commercial stakeholders. Here are examples of both tendencies in one short article…

In the last few years society has, thankfully, come to focus increasingly on the needs of those individuals categorised as neurodiverse. This umbrella term, dating from the 1990s, refers to differences in neurocognitive functioning among humans and encompasses conditions such as dyscalculia, dyspraxia and dyslexia, attention deficit hyperactivity disorders (ADHD), bipolarity and types of autism, including Asperger’s syndrome, extending to take in epileptics, anxiety sufferers and savants. ‘Neurodiversity’ describes both the spectrum of conditions and a philosophical stance (the neurodiversity paradigm) which claims that the ‘normal’ neurocognitive functioning of the neurotypical (NT) is a social, not a scientific construct and that the issues around the so-called neurodivergent, especially the inequalities they may be subject to, should be approached in the same way as gender, ethnicity or cultural issues. The noun has thus become the label for activist movements working for social justice for ND minorities.

The business world, having first adopted inclusion and anti-discrimination strategies to cater for the neurodiverse, has come more recently to appreciate the special benefits of employing individuals whose unusual attributes can help to enhance and transform an organisation. As Charlotte Rogers wrote in Marketing Week in May 2017, ‘From leading new innovations and helping marketers achieve true diversity of thought, to enriching the wider company culture, having a neurodiverse workforce makes strong business sense.’ Harvard Business Review in the same month referred to neurodiversity as ‘a competitive advantage.’

Those working with ND colleagues often make simplistic assumptions, both negative (‘if you are dyslexic you won’t be able to handle complex language’) and positive (‘if you have autism you will probably be highly numerate’) which need to be questioned. ND employees may – or may not – have developed insights, tactics, skills and forms of resilience that are novel, exciting and useful: those on the autistic spectrum can for example be capable of focused attention to detail beyond a ‘normal’ capacity, be hyperarticulate or possess enhanced memory or spatial awareness. Equally they may exhibit behaviour that seems eccentric, they can sometimes struggle to empathise and need ‘buddy’ programmes and mentoring to enable them to integrate socially within a conventional organisational culture.

A related n-word, neuroleadership, marking a ‘top-down’ rather than ‘bottom-up’ tendency in transformative management, began trending nearly a decade ago. At the time it was defined somewhat crudely as ‘managing the mental wellbeing of fellow-workers.’ In a business environment where toxic organisations are said to foster emotional contagion, therapists and counsellors began selling mental fitness programmes, brain-based coaching and highlighting the senior manager’s responsibility to promote mind-based performance. Self-styled futurists began in the early noughties to posit a post-informational neurosociety, and drawing on developments in neuroscience and psychology, the first world NeuroLeadership conference, organised by US thought leaders David Rock (who coined the term) and Al Ringleb, was held in 2007. Participants in this still-fashionable sector (they have claimed ‘the birth of a new business discipline’) refer to the neural challenges facing decision-makers, priorities such as moral cognition, cultural intelligence, and emotional regulation, and are fond of psychobabble like ‘foiling amygdala hijack’ (the amygdala being the brain’s anxiety switch) and ‘reclaiming the fire after the burnout’. Critics also point to the danger that these approaches cross the boundaries between the professional and the private spheres and lend themselves to quasi-scientific quackery.

In debates on neurodiversity and in the marketing of neuroleadership, language plays a crucial role. Not only in defining and encoding new ideas and new practices but in embedding or uncovering, through discourse, the hidden prejudices and the complex power relationships that exist in organisations and in the wider society. ND activists want to ensure that variations in the human genome and resulting differences in the nervous systems of individuals are no longer spoken of as ‘pathological’, no longer defined simply (as they still are) as ‘disorders’. Colloquial expressions like ‘differently wired’ can come to have special resonance, and ‘politically correct’ formulations such as ‘differently abled’ become essential to a more nuanced awareness of the subject.

Autistic UK has more information on neurodiversity, including notes on terminology and definitions: 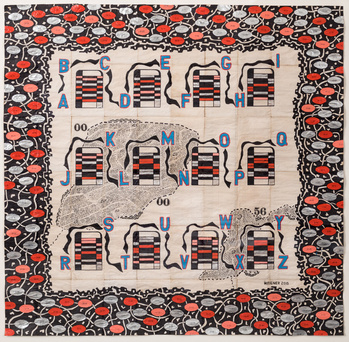 One thought on “NEURODIVERSITY – and NEUROLEADERSHIP”