Back in the 70s and 80s ‘Val-speak’ or ‘Valley-speak’ used to refer to the modish slang of the well-to-do girls living in and around the San Fernando Valley in Southern California. Now it is more likely to denote the jargon circulating in Northern California’s Silicon Valley and beyond, the language of startups, digital entrepreneurism and tech innovation.  This language has now, characteristically, itself been commodified, packaged and sold by some of its users (see below). In the UK I have also been tracking the new language of technology, digital marketing and finance, and the terms thrown up by so-called hipster culture. Here are three examples…

We all know that the finance sector is a major driver of UK growth, especially and disproportionally in London, but there’s another sector currently outperforming it, a sector that as yet doesn’t even have a name. Douglas McWilliams of the Centre for Economics and Business Research reported in 2016 that ‘the firms that are driving growth are all those businesses that you can’t easily describe…a mixture of IT, culture and marketing – you can’t define them by any Standard Industrial Code.’ The catchiest catch-all term for this phenomenon is the Flat White Economy, so called because the bicycle-riding hipsters supposed to be coordinating it favour Flat Whites, a coffee style imported from Australia, over Lattes or Cappuccinos. This motley collection of creatives, digital marketers and start-up entrepreneurs, many centred on East London’s Silicon Roundabout hub (based on Old Street and Shoreditch, the third-largest technology startup cluster in the world after San Francisco and New York City) is not uncontroversial, with some commentators doubting its capacity for longer-term growth, others seeing it as part of an overheated, overrated London-centric bubble. 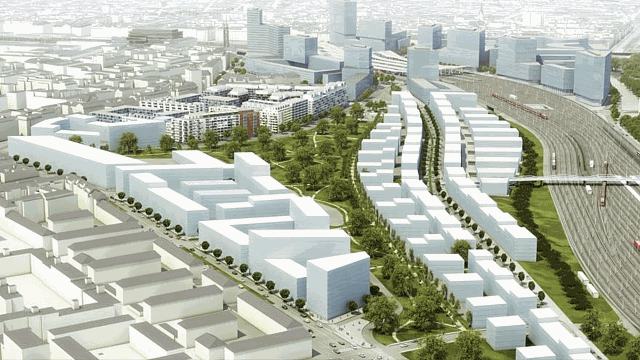 The hipsters who have been steadily colonising our inner cities over the last decade haven’t actually given us much new language: too precious for street slang, too cool for corporate jargon, they tend merely to over-use existing terms like ‘craft’, ‘artisan’, ‘vintage’ and ‘pop-up’. Two recent exceptions, however, are the expressions UltraUrban (as it is often spelled) and Epicentral. Both are being used literally to denote central areas (ultra-urban is a technical term from planning and waste–management) like London’s Silicon Roundabout,  Berlin’s Kreuzburg or Budapest’s VII District, but also as adjectives with approving overtones of edginess (if that’s not a contradiction), authenticity and cultural dominance, applied to clothing, galleries, avant-garde music, etc. Should you, however, be allergic to ultra-urban first movers and all they represent, the Yelp website has used word maps to identify hipster hot zones to avoid in a range of cities across the US, Canada and Europe. In related news the Office for National Statistics (ONS) announced in 2017 that non-dairy milk such as soya, rice and oat milk now features on the list it uses to track prices. The list is used to calculate CPIH, the headline measure of inflation. Gin also returns to the product basket after a 13-year absence following a rise in consumption and a growth in the number of ‘artisan’ gin producers. The ONS also said that their list will now include bicycle helmets. The dynamic – and often precarious and ephemeral – nature of the latest retail operations has been symbolised by the term pop-up. Temporary outlets spring up in unexpected places and disappear, while the urban landscape is potentially blighted by the high-speed turnover of small traders and obsolescent businesses. Now, however, the first signs of an opposing trend have yielded a very different expression. Lasting spaces may refer to newly established green zones, to boutiques, markets and drop-in welfare centres intended to stay put and reinforce permanent communities, also to novel interpretations of living accommodation such as container homes. The notion of lasting spaces forms part of what has been dubbed the local love or love local phenomenon, taking hold in the US, Australia and the UK. As well as simply showcasing local produce and promoting local enterprises, trendspotters see this as an important innovation in consumerism allied to the SoLoMo (‘social-local-mobile’) movement bringing together smartphones, social media and hyperlocal commerce.

Promoters and marketers of Silicon-valley language can be found at:

And here is one of the very few articles to highlight the language of innovation from a UK perspective: