It has become a tradition for the major dictionary publishers, along with some linguists’ associations, to nominate a ‘word of the year’, a term (or in the case of Oxford’s 2015 crying/laughing emoji a symbol) which supposedly captures the essence of the zeitgeist, and in doing so marks the proposer as someone in tune with the times and with their target audience. The words chosen are rarely actually new, and by the nature of the exercise calculated to provoke disagreement and debate. I have worked with and written about what linguists and anthropologists call ‘cultural keywords’ and have my own ideas on which expressions could be truly emblematic of social change and cultural innovation. The words already nominated by the self-appointed arbiters are discussed at the foot of the page, but here, for what it’s worth, are mine (in order of preference)…

Yes, strictly speaking it’s two words, but this little initialism looks like a two-letter word and is processed by the brain as a ‘lexeme’ or a single unit of sound and sense. AI, artificial intelligence, is the hottest topic not only in tech-related practices but in fields as (seemingly) diverse as marketing, finance, automotives, medicine and health, education, environmentalism. Zdnet.com has published one of the most useful overviews of AI and its sub-categories and applications:

Though it is one of the most fashionable and most resonant terms in current conversation, a slogan and a rallying cry as well as a definition, AI is problematic in the same way as two other recent contenders for word-of the moment, CRYPTO and DIGITAL. The former is shorthand for all the very complex, not to say near-incomprehensible elements that have accompanied the invention of crypto-currencies – bitcoins and blockchains in particular. These advances have yet to prove their worth for most ordinary consumers who will often be bemused by new terminology that seems to be traded among experts somewhere beyond their grasp or their reach. In the same way for the last few years ‘digital’ has been a mantra evoking the unstoppable influence of new electronic media, (related SOCIAL was a strong candidate for buzzword of 2017). Digital’s over-use by overexcited marketing professionals, would-be thought-leaders and influencers has been inspiring mockery since 2016, as in the spoof article in the Daily Mash: https://www.thedailymash.co.uk/news/business/nobody-knows-what-digital-supposed-to-mean-20160614109525

To put it almost as crudely as the Daily Mash does, there’s a sense in which almost no layperson knows, or can know fully, what Digital, Crypto and AI really mean, and the same goes for the expressions derived from them – ‘deep learning’ comes to mind. Their power derives from their novelty and their ability to evoke a techutopian future happening now. The phrase artificial intelligence was first employed in 1956 and its abbreviated form has been used by insiders since at least the early 2000s, but it is only now that it, and the concepts it embodies, are coming into their own. 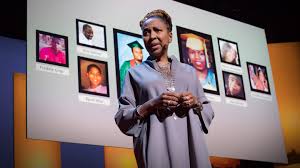 At first sight just another over-syllabled buzzword escaping from the confines of academic theory (‘performativity’, ‘superdiversity’ and ‘dimensionality’ are recent examples) into highbrow conversation, intersectionality is actually an important addition to the lexicon of identity studies. It was coined as long ago as 1989 by Kimberlé Crenshaw, a civil rights activist and legal scholar who wrote that traditional feminist ideas and anti-racist policies exclude black women because they face overlapping discrimination that is unique to them.  The word took 26 years to make it into the OED and is still unfamiliar to many, but during 2018 has featured in more and more debates on diversity and discrimination, marking the realisation that, for BAME women and for other marginalised groups, the complexities of oppression and inequality occur in a matrix that incorporates not only gender and ethnicity but such factors as age, sexuality and social class. There are each year a few forbiddingly formal or offputtingly technical expressions that do deserve to cross over into mainstream use. This I think is one of them and no journalist, educationalist, politician or concerned citizen should be unaware of it.

A bad-tempered take on intersectionality as buzzword was provided last year by https://www.theguardian.com/world/2017/sep/30/intersectional-feminism-jargon 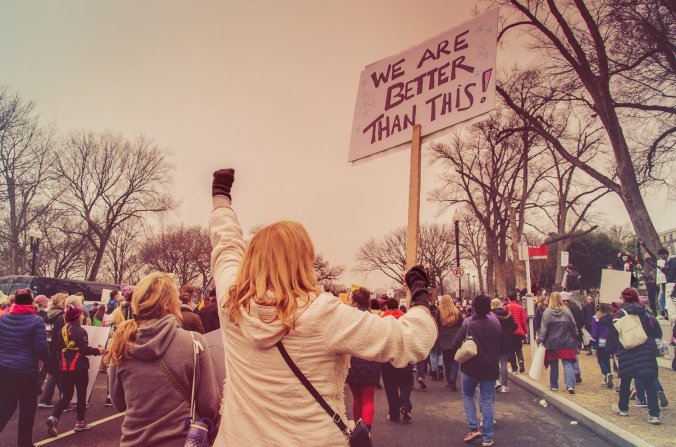 I was intrigued by the sudden appearance (sudden at least by my understanding) earlier this year – its online lookups spiked in June – of a decorous, dignified term in the midst of very undecorous, undignified public debate. This old latinate word’s denotations and connotations were in complete contrast with the ‘skunked terms’ and toxic terminology that I had collected elsewhere on this site. In fact, as is often the case, this word of the moment emerged from a longer tradition, but one largely unknown hitherto outside the US. Its proposer was Professor P.M Forni, who sadly died a couple of weeks ago. In 1997, together with colleagues he established the Johns Hopkins Civility Project — now known as the Civility Initiative — a collaboration of academic disciplines that addressed the significance of civility and manners in modern life. His ideas were seized upon by commentators on this year’s events in the US, with some asserting that the civil rights protests of the past were indeed more civil than today’s rancorous exchanges. Democrat Nancy Pelosi denounced Donald Trump’s ‘daily lack of civility’ but also criticised liberal opponents’ attacks on him and his constituency. Others pointed out that polite debate alone had never prevailed in the struggles against bigotry and violence and that civility was an inadequate, irrelevant response. Cynics inserted their definitions: ‘civility’ = treating white people with respect; ‘political correctness’ = treating everybody else with respect…which prompts the thought that perhaps, in recognition of realities on both sides of the Atlantic, it’s really ‘incivility’ that should be my word of the year. 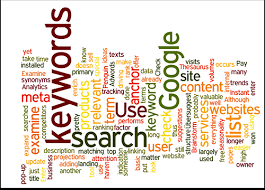 Here, in the Economist, is the ‘Johnson’ column’s perceptive analysis of those other nominations for 2018’s word of the year:

While US lexicographer Kory Stamper provides the inside story on the American choices:

Lynne Murphy‘s annual US to UK export/import of the year:

And her UK to US counterpart:

In the New Year the American Dialect Society announced its own word of 2018, a disturbing euphemism employed by the Trump regime and a candidate for my glossary of toxic terminology (see elsewhere on this site):

And from the militantly millennial LinguaBishes, some excellent examples of millennial/Generation Z terms of 2018:

In October 2019 David Shariatmadari in the Guardian gets his preferences in early:

…and, FWIW, I like to think that my own collection of cultural keywords, seeking to define the essence of Englishness back in 2011, is still relevant today: